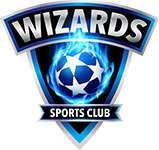 The largest Women’s Premier Soccer League in the world is coming to Northern New Jersey! Women who are aspiring to play top level soccer will be given the opportunity to play in one of the highest level environments against top collegiate players.

Entering its 23rd season, the WPSL is the largest Women’s Premier Soccer League in the world and provides a three-month window from May through July for elite amateur athletes to compete at a high level and showcase their talents. Rosters feature collegiate, post-collegiate, international and standout prep athletes.